Vs. last year: 15.75” (Notice we are getting closer to this one – we were dry late July / early August last year too but had subsoil moisture)

This weekend’s rainfall was hit and miss again, but it was good to get some as we head into another 10 days with not much forecast (other than a chance Tuesday night).  As you can see from the map, it was spotty, but areas to our south had big rains from 2″ up to a report of 10″ just on the edge of this map.  The NWS documented 6.8” but reports in Ionia were closer to 9” 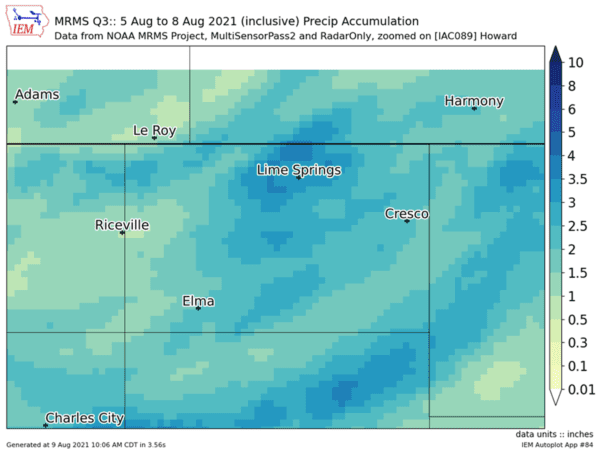